You are here: Home / Daily Life / What Cirque du Soleil Means To My Family + Win 4 Tickets To TORUK- The First Flight 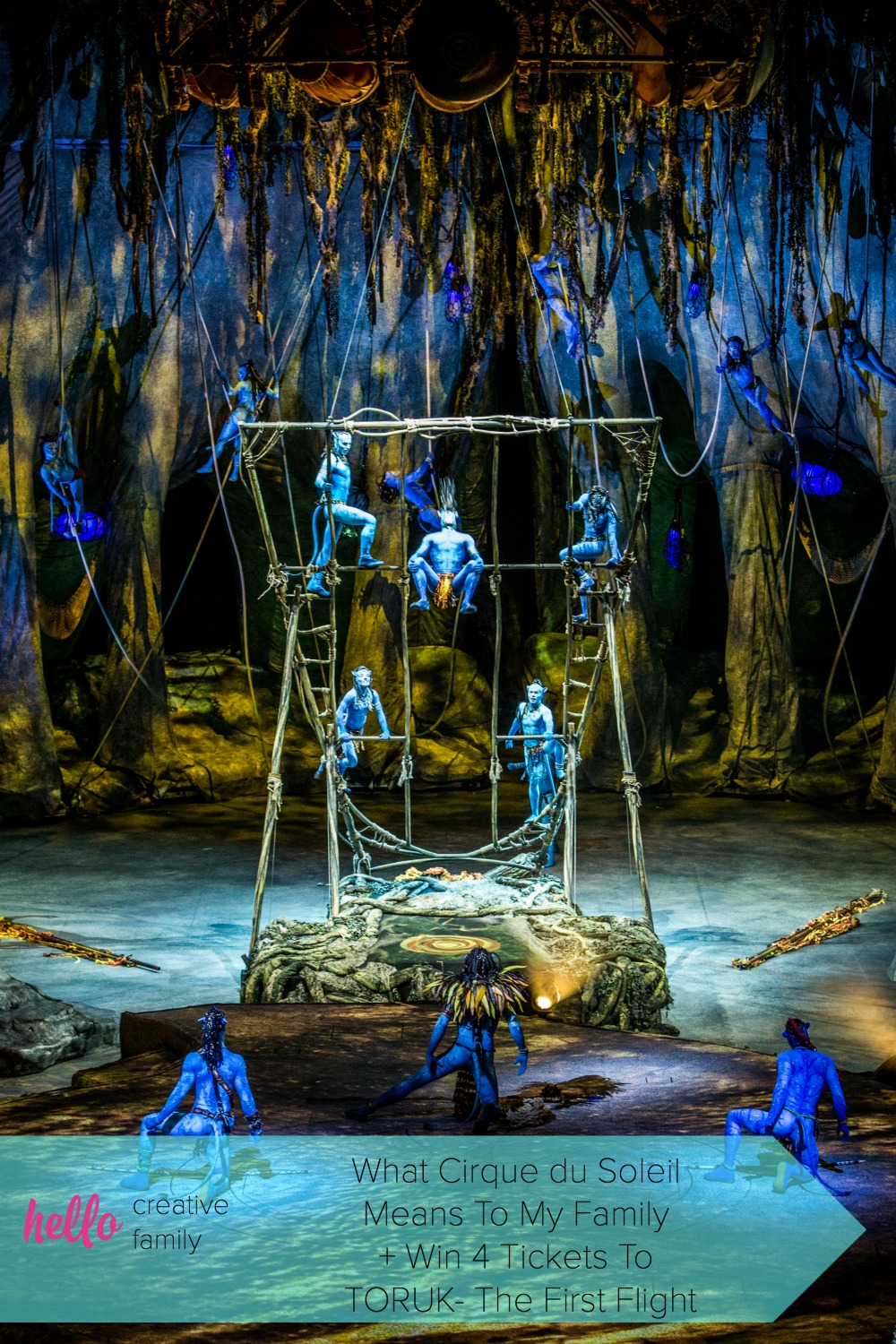 Today we’re giving away 4 tickets to Cirque du Soleil TORUK- The First Flight (read to the bottom to enter to win), but first I thought I’d share what Cirque means to Rob and I.

When I think back to when The Hubs and I first started “dating”, I often tell friends “We never really dated. We were friends for 2 years, then we realized we were in love and basically started acting like we were married.” It’s true. My husband never really  needed to try to “woo” me, to impress me, to make me fall for him hook line and sinker. He had me, from the very moment he told me that he had feelings for me and that I was the one he was supposed to spend the rest of his life with.

While we never traditionally “dated”, one activity that we loved to do with each other, from early on in our relationship, was to attend Cirque du Soleil whenever it came to town. I still remember the feeling of anticipation the first time Rob and I walked, hand in hand, up to the gates of the Grande Chapiteau to see Alegria! We had gotten “front of the line” access for purchasing our tickets through our credit card company and managed to snag second row tickets. I had watched Cirque du Soleil on TV before and had some idea what to expect, but seeing it in person, happening right above your head was mind blowing. I confess that I had tears streaming down my face for the first half of the show. It felt surreal to me to be sitting their in the audience.

After that, Cirque became our thing. All year long, we would wait in anticipation for the announcement of what show was coming to Vancouver next. We would gush to anyone who would listen, about how much we loved Cirque du Soleil and encourage them to do whatever they could to attend a show the next time it came to a city near them. One year we even treated my parents and sister to a show in Seattle for their Christmas present.

Spending an evening, surrounded by such profound creativity inspired us. It left us feeling recharged and like we were a part of something amazing.

I still remember the first Cirque de Soleil show we brought my daughter to. She was 2 years old and sat on my lap. We questioned beforehand if she was old enough to attend, but she was a very well behaved child and we were so excited to share the show with her. We talked to her about it for days in the lead up. Sharing YouTube videos, describing the colors, sites and sounds. As the show was about to begin, the lights dimmed in the Grand Chapiteau, and the audience fell to a hush. You could have heard a pin drop. Suddenly my precious 2 year old daughter shouted “Hooray!”, the audience started laughing, and at that exact moment the stage lights came on and the show began. My husband and I looked into each other’s eyes, beaming that this was an experience we got to share with our daughter.

Later my daughter saw her second Cirque du Soleil show, sitting on her Popa’s lap, sitting right next to the stage. She clapped her hands and laughed out loud, eyes wide with wonder taking in the sights and sounds. I like to think that going to Cirque from such a young age had a small impact on the creative individual that she is today.

Since my son was born, we haven’t attended any more Cirque du Soleil shows. He’s proven to be a bit more of a handful than my daughter, and it didn’t seem fair to leave him out of an experience that is so special to our family. This year is the year though! My family is so excited to be going to see TORUK- The First Flight this December. 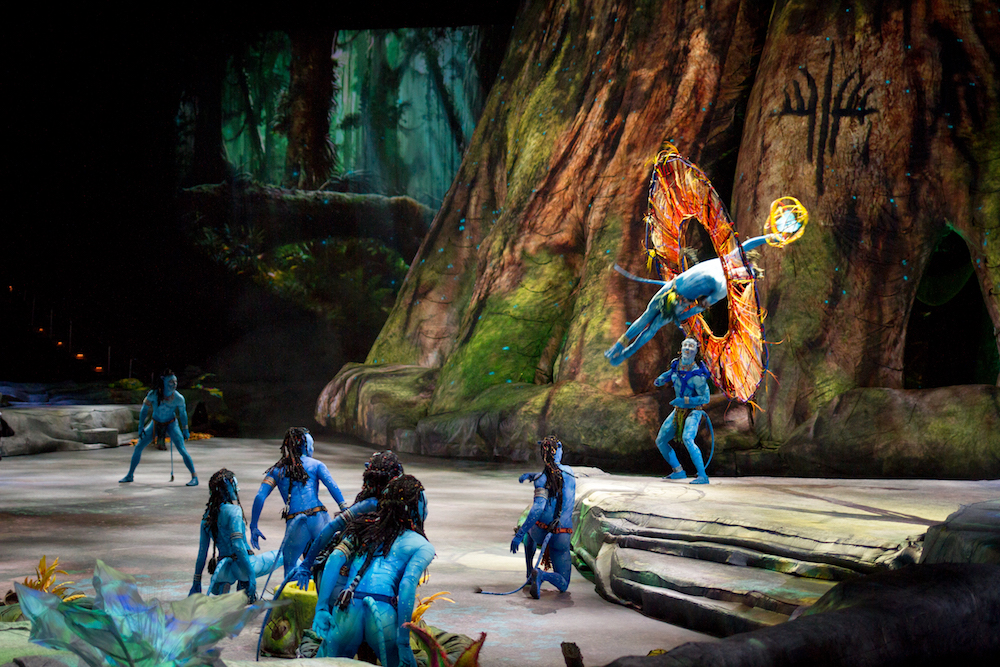 Inspired by James Cameron’s Avatar, and narrated by a “Na’vi Storyteller, TORUK- The First Flight is a mythical tale set thousands of years before the events depicted in the film Avatar, before humans ever set foot in Pandora.

Cirque du Soleil has a great way for parents to let their kids experience the magic of Cirque– The Family Four Pack. This ticket option gives you two adult tickets and two children’s tickets and saves you $10 off the price of each ticket. 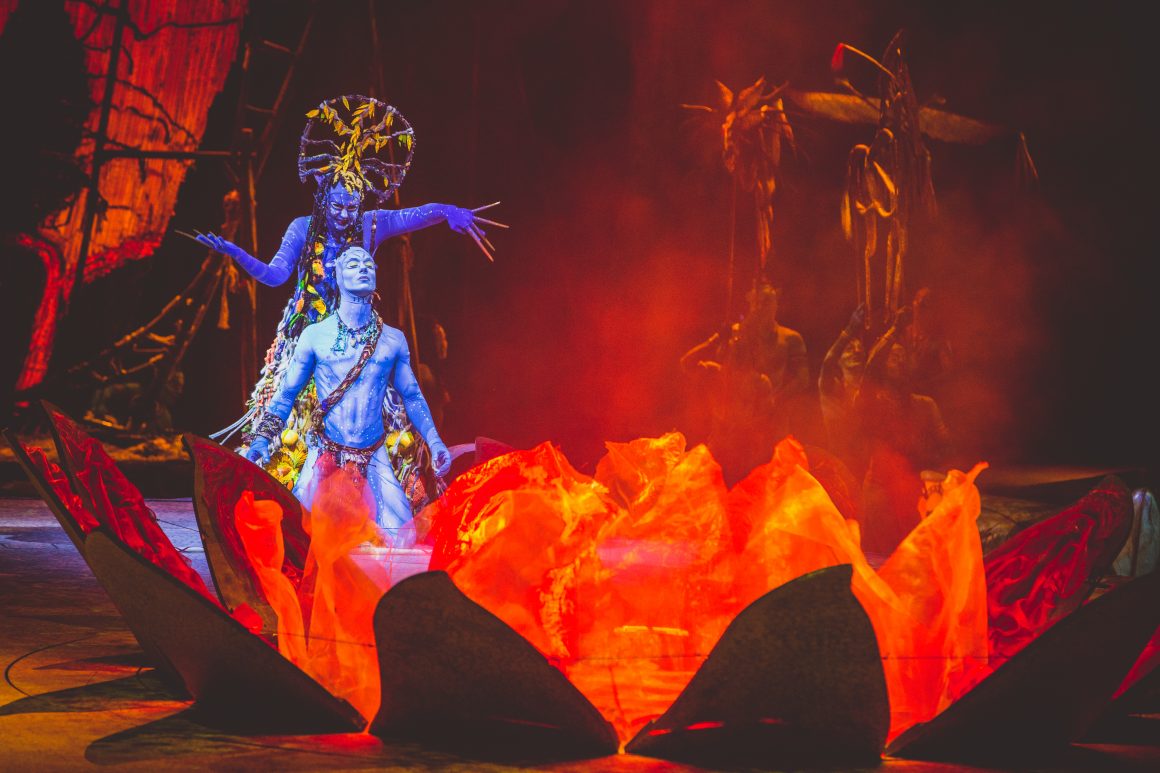 My kids are so excited to attend. The show looks like it will be spectacular with 40 artists in the cast – 1 actor, 1 singer, 1 percussionist, 1 kite specialist, 1 boomerang specialist, 1 contortionist, 6 puppeteers, and 28 acrobats. The show also uses 16 puppets to represent the creatures of Pandora: six Viperwolves, three Direhorses, three Austrapedes, one Turtapede, two swarms of Woodsprites, and one Toruk. The Toruk has a wingspan of 40 feet and weighs 250 pounds!

All of this magic needs a mighty big stage! The stage for TORUK is a whopping 15000 square feet! 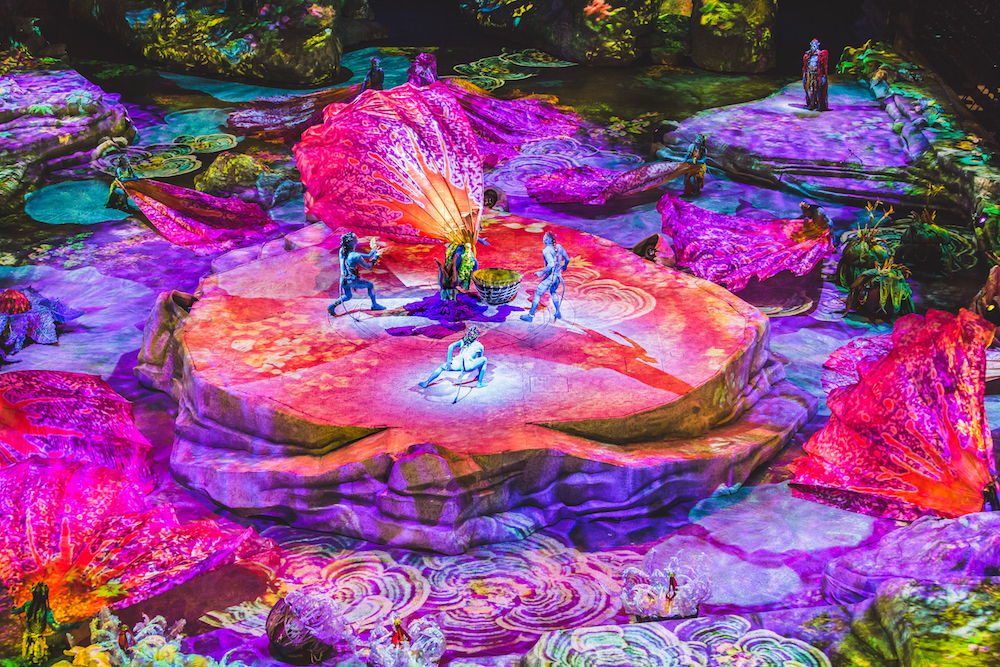 Tell me… I’m going to be interviewing a cast member of TORUK about Cirque du Soleil, creativity, and how they pursued a creative path in life. What question would you like me to ask in an interview that will be published next month?

You have Successfully Subscribed!

« How To Make DIY Bath Bombs With A Toy Hidden Inside + Today’s Parent Craft Challenge
27+ Adorable Sewing Patterns for Stuffies, Plushies, Stuffed Animals and Other Handmade Felt and Fabric Toys »

Welcome to my creative family! 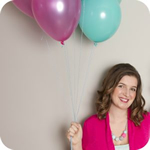 Hello Creative Family is the go-to resource for parents looking to ignite their creative passion with simple, everyday and back-to-basics projects. We want to inspire people to live, love and teach the handmade, homemade and heart-made lifestyle so they can raise their children in a creative home. ~Crystal

You have Successfully Subscribed!