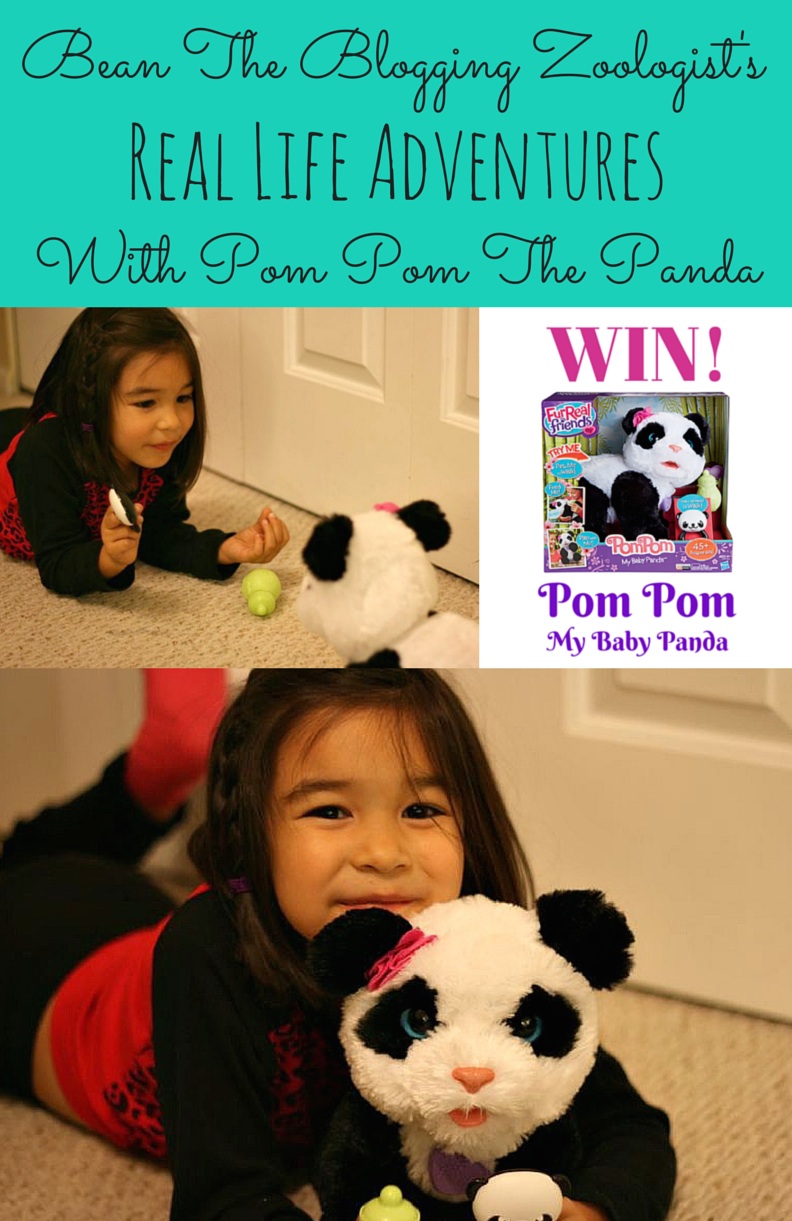 I have a child who loves animals and who has a very active imagination. From the time that she was little, instead of pushing her to learn to read, we encouraged her to use her imagination and create her own stories. Bean loves playing with animal toys and imagining that they are real. 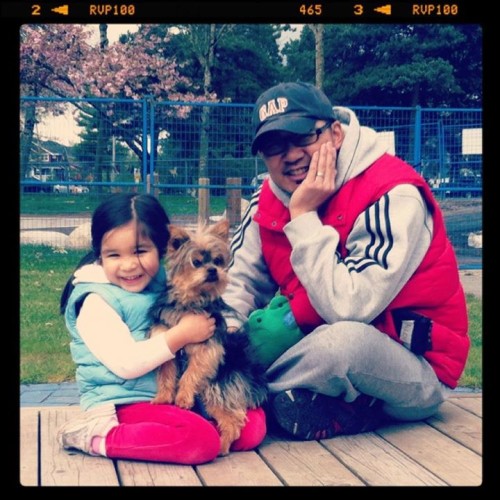 When Bean was 3, she told The Hubs and I, that when she grew up she wanted to be an animal behaviourist. The two of us looked at each other in disbelief. An animal behaviourist? We didn’t even know that the job existed, much less what it was. Apparently, Bean had been absorbing more of the show Shark Tank than I realized. We had seen an episode about someone marketing a product that taught your cat to use the toilet instead of the litter box and Bean had picked up the profession there. Someone who taught kitties to go poop on the potty? That was her dream job! 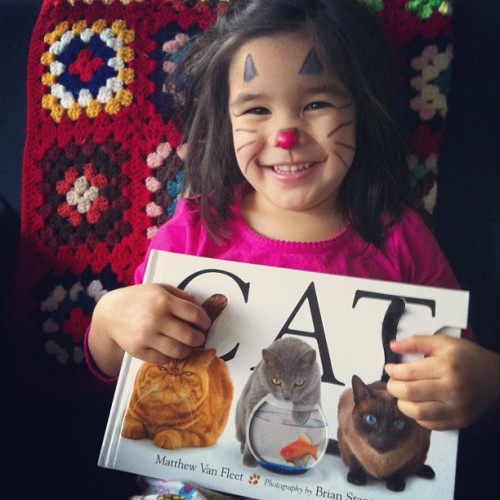 When Bean was 4 she told us that she wanted to be a zoologist when she grew up. We had just gotten home from the zoo where we had spent a lot of time with the hippos. We had watched the hippos being fed and Bean stayed much past the time that all the other zoo guests had lost interest and wandered away. She asked the woman feeding the hippos question, after question after question. Every single question was answered with a big smile and an interesting answers. Bean’s last question had been “How do you know so much about hippos?” The response? “I studied zoology… and I really like hippos!” 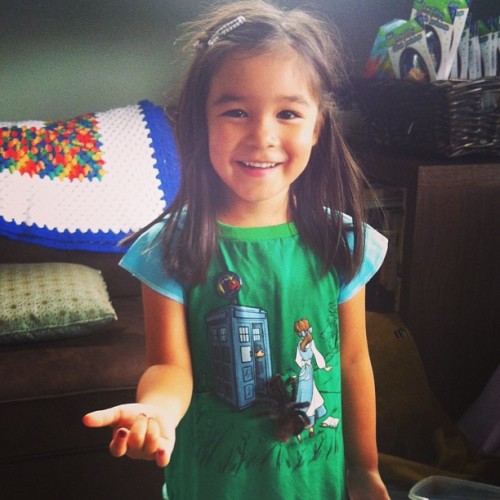 When Bean was 5 she became obsessed with bugs. She still wanted to be a zoologist when she grew up, but in the meantime she wanted to search for as many bugs as she could find EVERY TIME SHE STEPPED OUTSIDE! Walking to school on days when it was raining started to take twice as long. Why? Because rain made the snails and worms come out! When Bean first started bug hunting, her friends thought it was icky. Slowly they became intrigued… but they didn’t want to touch the bugs. Bean’s kindergarten teacher was kind of creeped out by Bean’s hobby, but she recognized the passion that Bella had for creatures great and small so she started giving her a plastic cup at lunch time to put bugs in. After lunch she was allowed to “Show and Tell” her friends the bugs that she found at recess and after she was done she brought them back outside to release them. Now, many of her friends are just as bug crazy as she is. 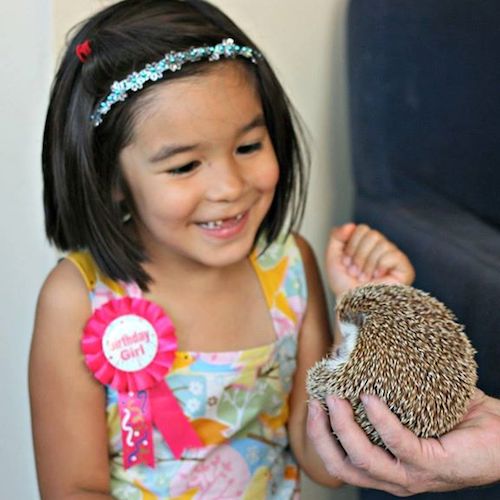 Now Bean is 6. She is just as animal crazy as ever and she has recognized how much she loves teaching others about animals. When people ask her what she wants to be when she grows up she says “A zoologist and a blogger. I want to be a zoologist and have a blog about all of the animals that I work with.” The writer/blogger in me is delighted by this. Many of her friends probably don’t even know what a blogger is. Bean told me recently that she would like to start a blog and a YouTube video now instead of waiting until she grows up. She has a book where she writes story ideas and she makes movies using my iphone with her animal toys as characters. 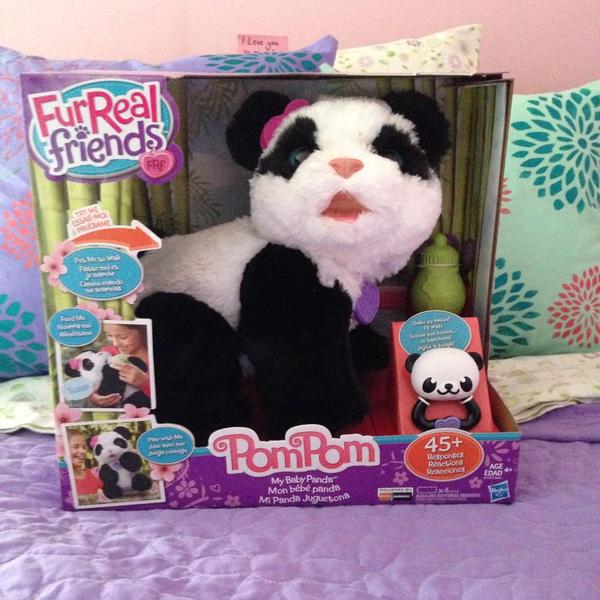 A couple of weeks ago Bean received a very special delivery in the mail. A baby panda named Pom Pom. Bean fell in love with Pom Pom immediately. The moment that the baby panda came out of the box, Bean’s zookeeper fantasies came to life.

I decided to make Bean’s dreams of being a blogging zoologist come to life  by interviewing her about Pom Pom. 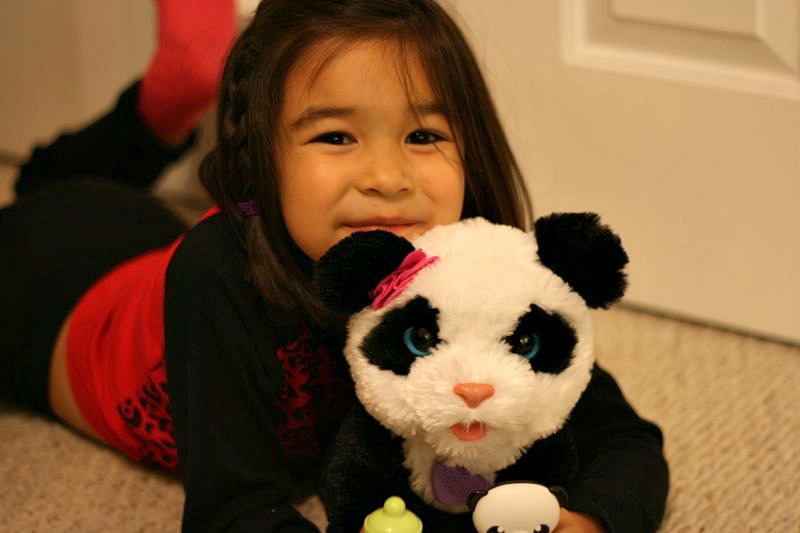 Mommy: What is your favourite thing about Pom Pom?

Bean: I really like feeding Pom Pom because she makes a cute hiccup when she finishes her bottle. I also like how she walks, when I call her name and shake her rattle she walks towards me.

Mommy: What kinds of things do you and Pom Pom do together?

Bean: Pom Pom and I play together and I pretend that I am her zookeeper at the zoo. I teach her how to do tricks and make sure she is healthy and safe.

Mommy: What kind of tricks have you taught Pom Pom?

Bean: I taught her how to stand on her hands! It’s like she’s doing yoga. I don’t think Pandas do that in the wild though. I also taught Pom Pom to crawl across the floor instead of walk. 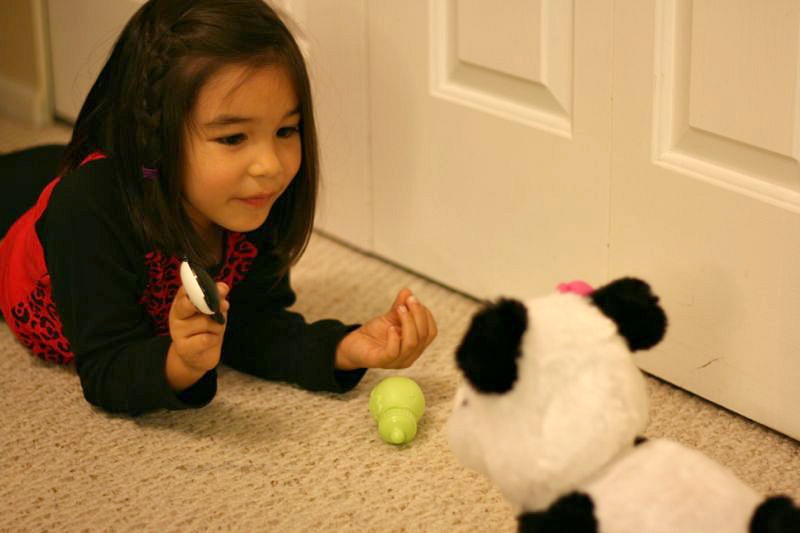 Mommy: Does Pom Pom know how to say anything?

Bean: Pom Pom says “I wuv you” to me. She also makes really cute gurgles and chirps.

Mommy: How do you care for Pom Pom?

Bean: I feed her, take her for walks, play with her, say I love you to her, pet her and give her exercise.

Mommy: Anything else you want our readers to know Miss. Blogging Zoologist?

Bean: Yes! I have an animal quiz for the readers!

Question 1: What animal is black and white, eats bamboo and live in the forested mountains of China?

Answer: It is a panda bear. They look cute but beware, they are wild animals.

Question 3: What animal has very strong hind legs to help it jump,  has long ears that are very good at hearing and makes it’s home in tunnels (also called warrens) underground?

Answer: It is a rabbit! Some rabbits live in the wild, but some also make very good pets.

If your kids love animals the way mine do, then FurReal Friends Pom Pom My Baby Panda would be a hit in your house too. If you have the Get Up and GoGo Walkin’ Pup, Pom Pom and the pup will interact with each other and make cute little pet noises to each other. 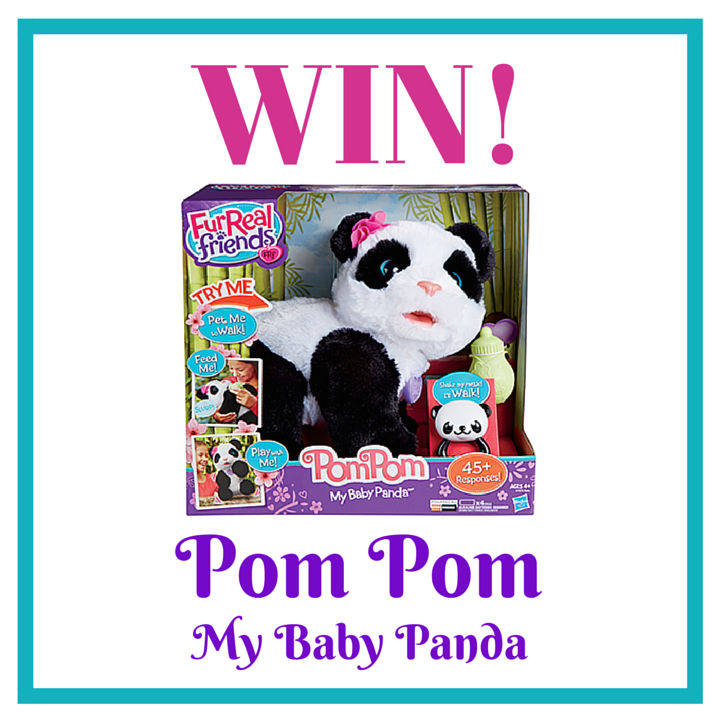 Want to win your very own Fur Real Friends Pom Pom My Baby Panda?  Enter below! Tell me… What is on your child’s Christmas wish list?

I am part of the PTPA Brand Ambassador Program with Hasbro and I received compensation as part of my affiliation with this group. As always, all opinions are my own.