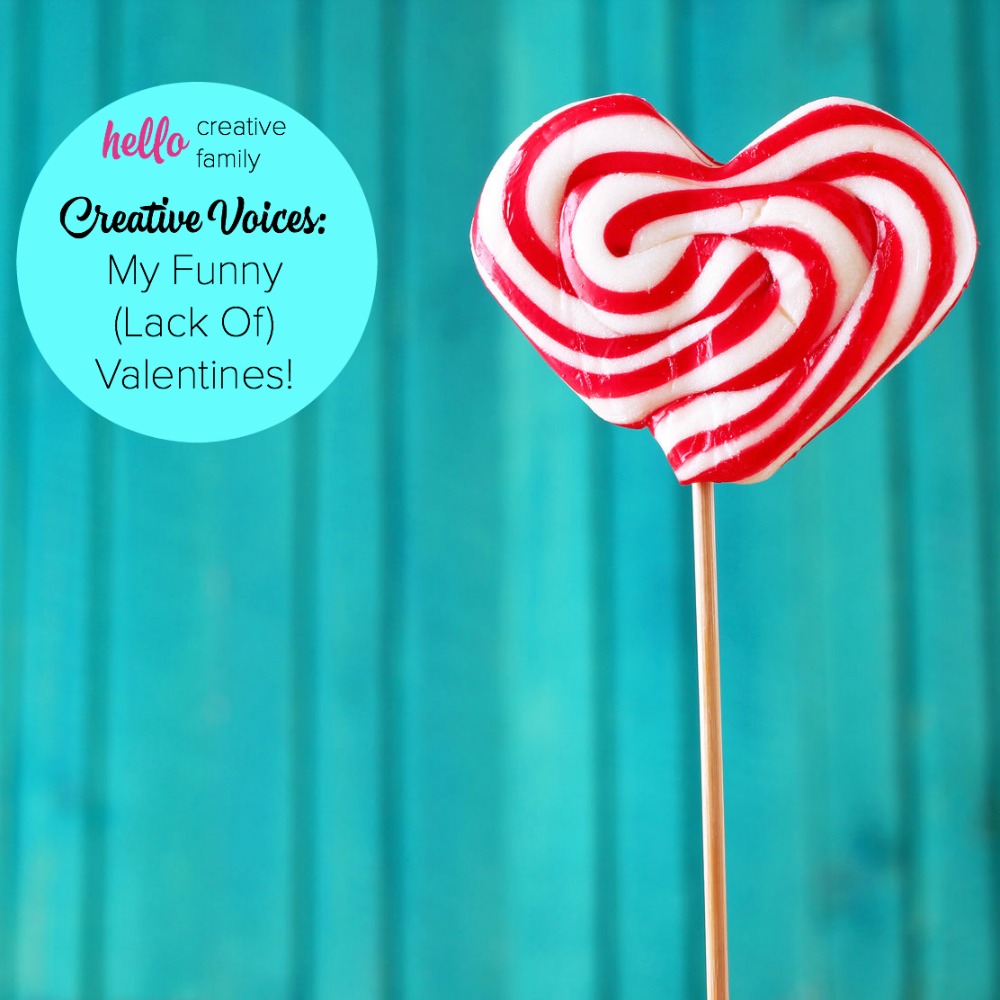 Valentine’s Day is one of those holidays people LOVE or LOATHE.

Myself, I have come a LONG WAY in accepting this holiday as anything less than the Devil’s work.

As a kid, it was a holiday that reinforced everything I hated about myself: the desperate need to be popular combined with socially debilitating shyness.

I changed schools 3-4 times before I was 12. In elementary school the brightly coloured Valentines that were addressed to me, the new kid, were only there because back then we played fair. Every kid gave every kid a valentine so no kid would feel left out, sobbing, and puking up their cinnamon hearts. The hardships of social status were but blips on our horizons.

Then I entered high school.

Every Valentine’s Day a group of peppy kids on some slapped together committee would gaily march from class to class doing their “important work” – delivering the Secret Cupid Valentine’s Day carnations. Every year I would watch their mouths form names that were not mine and every year I would be devastated. All my emotions – jealousy, anger, sadness and regret – all carefully concealed behind my resting bitch face and demeanor. Maybe my pen would be pressed a little harder into the paper, but that was my only tell.

These feelings were frankly super ridiculous and super unfounded. Why?

Strike 1: Despite seven years being surrounded by boys, and despite having a younger brother of my own, boys were still baffling to me so I avoided them like the plague. I thought they spoke a different language. I thought they were aliens even before the days of those Venus/Mars books. I was flat out terrified of their opinions, judgements, loud raucous humour and farting, burping, smoking, spitting, kicking, punching bodies. So, my only interactions with the opposite sex were:

– Giving the cute ones wildly random nicknames so when they walked past me and my BFF in the hallway, we would whisper “cheemo” while our cheeks flushed and vaginas pulsated.

– Scooting my chair waaaaay to the right, so I wouldn’t accidentally touch my deskmate in Chemistry, who would flop down right as the bell sounded, expelling a grey cloud of drugstore cologne and freshly extinguished cigarette smoke. This smell at 8am was exquisitely repulsive.

– Announcing to the boys in any group project I was forced into “I’ll just do it all. We’ll get at least a B.”

Strike 2: My family moved but I didn’t want to change schools in Grade 10 (THE HORROR) so I was the kid dropped off so early by a commuting Mom that I was at school BEFORE THE DOORS WERE UNLOCKED. I would huddle in the corner of a doorway, like a little match girl, until the janitor opened the doors for me. I was always tired, always dragging, always SUPER envious of the kids who could just walk home for a freshly made lunch. This didn’t help with my overall attitude and general friendliness.

Strike 3: I hid my body under long vintage dresses under cut off t-shirts, stomped around in used men’s army boots with frayed laces, and jammed earbuds into my ears any time we were allowed. My head was shaved and the hair stubble dyed. My eyes were always averted down. I rarely smiled or laughed. My entire essence screamed: DON’T BOTHER.

GEE, I WONDER WHY I NEVER RECEIVED ANY FLOWERS.

Hell, the janitor deserved more flowers than I did. He at least was a useful and functioning part of the school, even if just to sprinkle that magic powder on top of fresh barf.

I was a non-entity, sliding down hallways so fast that you couldn’t tell I was there, and that was just how I liked it. Until I didn’t.

Then high school was over and I had to laugh because, if life was just that simple forever, we’d all be so much happier. I’d lose a limb to go back and just enjoy it a little bit more. Lift my head up sometimes. Laugh with everyone at stupid boy jokes. Say “hi” to a boy I thought was interesting. You know, LIVE A LITTLE. But time travel only exists in the movies, so I’ve made peace with it. It helps that life got really good after I realized that boys aren’t to be feared and loathed.

They are just like me, but with a little more facial hair and better sex jokes.

So when February 14th rolls around, my tongue doesn’t fork. I don’t lament or feel the need to throw shade at this holiday.

Now, as a grown-ass woman I can buy myself delicious chocolate 365 days of the year.

Now, I have a husband and a kid and friends who would shower me with cheap carnations if I just hinted at it. (Also: they’re not that expensive. They’re a micro-step up from a dandelion on the flower food chain).

Now, Valentine’s Day is just a reminder that I love so many people, and in return, I am SO loved.