Home » Recipes » Back To Basics » Back to Basics- Ginger, Cinnamon and Everything Nice Spice Tea Recipe (The Perfect Chai Tea Base) 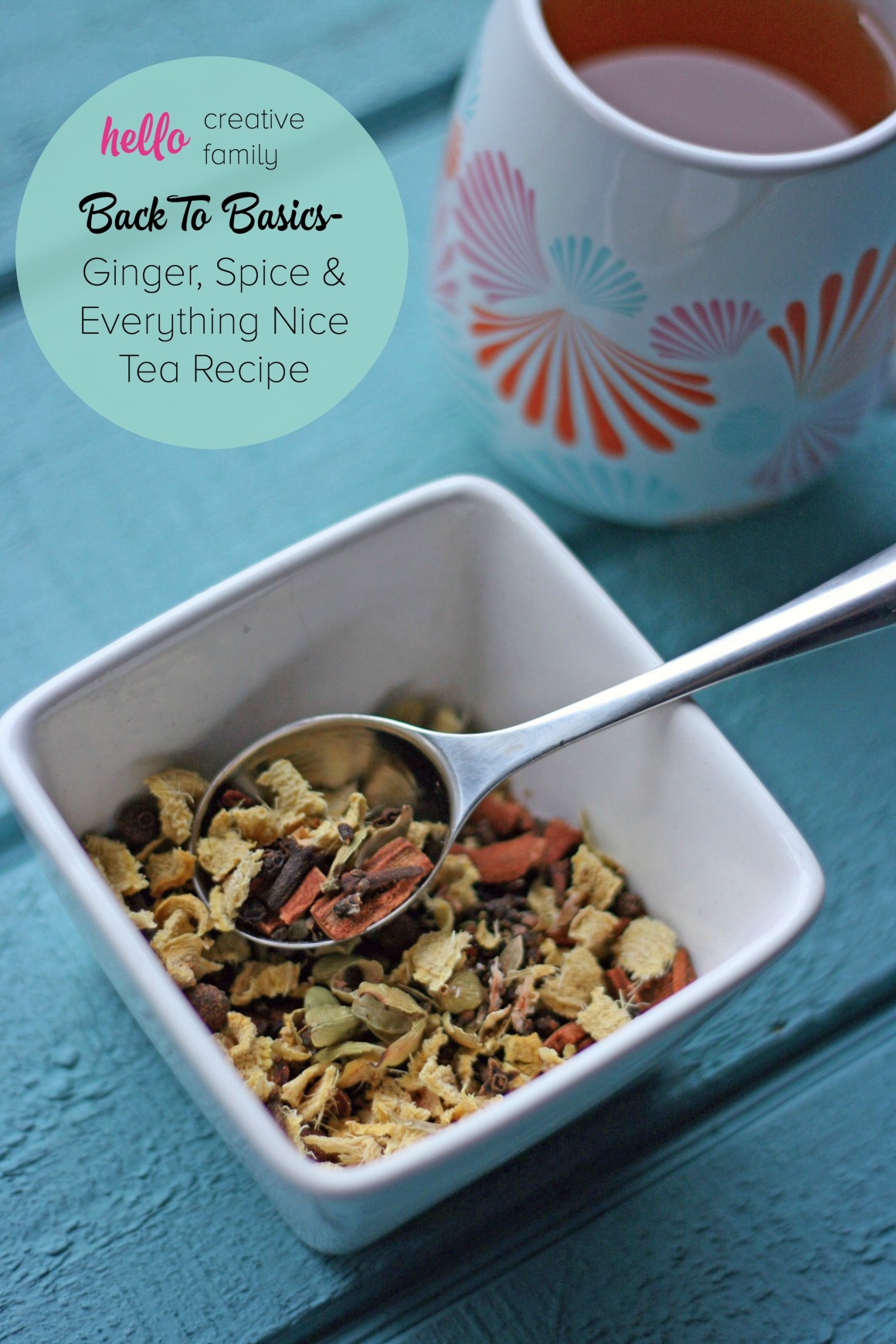 A few weeks ago I went out to tea with a client and had one of the most delicious cups of tea that I’ve ever experienced. It was hot, spicy and delicious. The spices tickled my tongue and hit me in just the right spot in my throat. The mix of ginger, cinnamon and black pepper was divine… and then my pot of tea was done, and it was time to drive home, and I felt a little bit panicked that I would probably never taste that tea again (the cafe was about an hours drive from my house).

So what did I do? I came home, bought a bunch of spices, dehydrated some ginger, and tested, tested and tested again until I got the PERFECT blend of tea. The funny thing is, there isn’t actually any tea in this “tea” it’s just a blend of spices, BUT it’s delicious on it’s own or would make a delightful base for a cup of chai!

So, what are we waiting for? Pull out your spice grinder, roll up your sleeves and let’s get started blending our own custom tea! 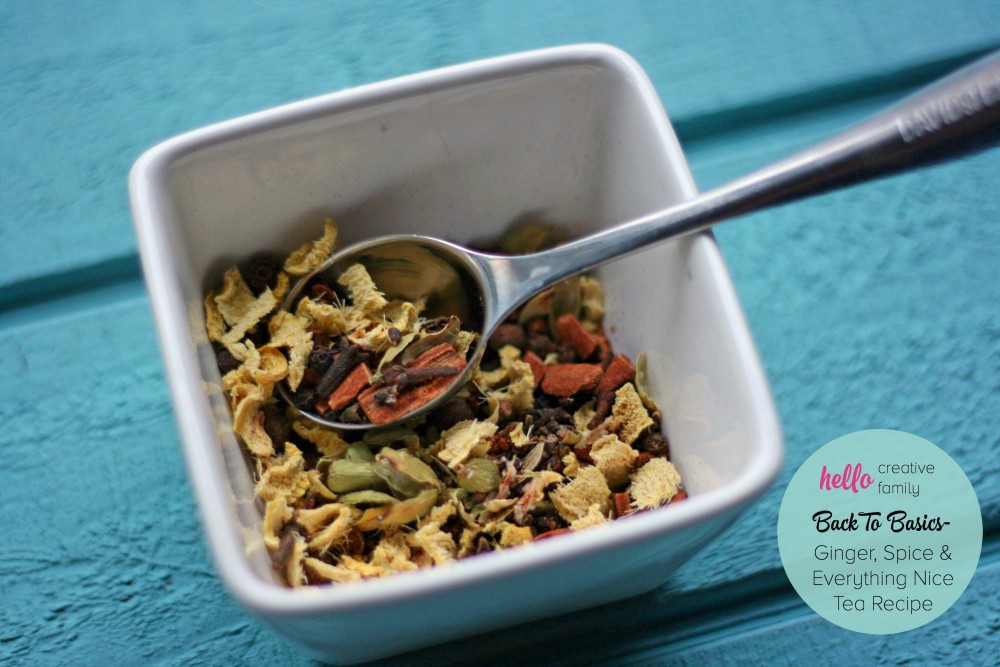 Take a moment, inhale the spicy aroma, feel the warmth on your fingers as they cradle your mug, sip, let your tastebuds tingle and enjoy.

Tell me… What is your favorite type of tea? Have you ever tried making your own blend of tea at home?