Home » Creative Life » How Do You Help Your Sensitive Child Adjust to Kindergarten? -August Recap 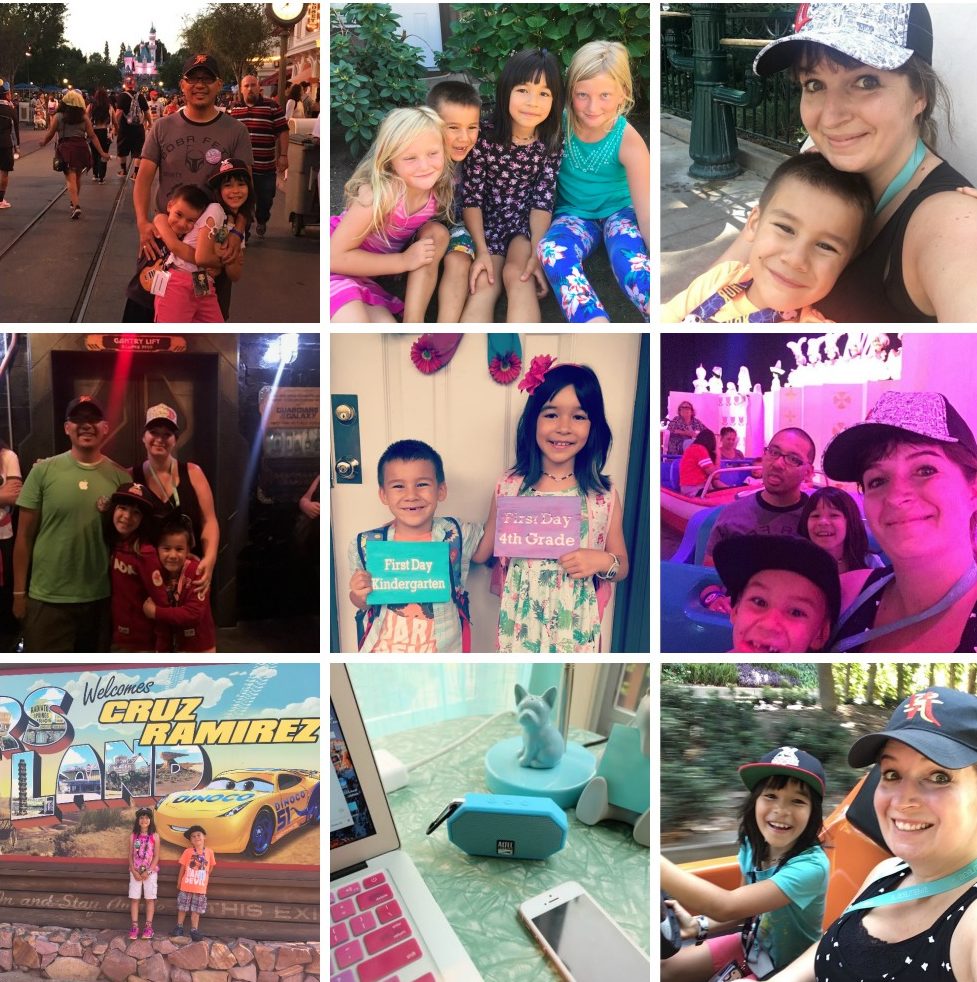 Hi Friends! It’s time for my monthly August recap post but I’m going to start off with a bit of September thoughts… because I’m in the thick of it and I seriously need all of your thoughts, encouragement and advice!

Last year Turtle was in pre-school and he was a little superstar. He never had a day of separation anxiety and was always a caring friend for other kids who were feeling anxious or shy. Fast forward to the summer. The kids were both home with me for most of the summer when we weren’t on vacation. Turtle did 1 week of day camp in July and another week in August. For the July camp he cried on the first day and wouldn’t let us leave for over an hour, but the rest of the week was fine.

For the August camp things got really bad. He woke up each morning saying he had a tummy ache and that he didn’t want to go. I would explain to him that he was feeling nervous about camp and that was why his tummy hurt. I had him take deep breaths and talk about all the fun things he did the last time he went to camp. We would then walk to camp talking about all the fun things he was going to do there… the whole time he would say he didn’t want to go. Then when we go there he would cry, scream and cling to me. I would get him playing with kids and he would be fine, but the moment I made a move to leave, whether I let him know I was going or tried to sneak out he would start crying again and cling to me. Most days it took approximately 2 hours for me to extricate myself from the camp classroom and then he was 100% fine for the rest of the day.

When I would pick him up at the end of the day he would say how much fun he had, he would talk about his friends and his teachers, and he would tell me that he was going to try not to cry the next day so that he had more time to play and have fun. BUT fast forward to the next morning and the same thing happened all over again. It happened every single day of that week long camp each day almost a mirror image of the day before.

Fast forward to this week and he is in his first week of kindergarten. He knows the school, it’s the same building as his preschool and his sister goes to the same school and he’s been walking the halls for 4 years. He has friends in a bunch of different grades, he knows the teachers but after the initial first day of school morning excitement… we are having pretty much the exact same experience as we had with camp. 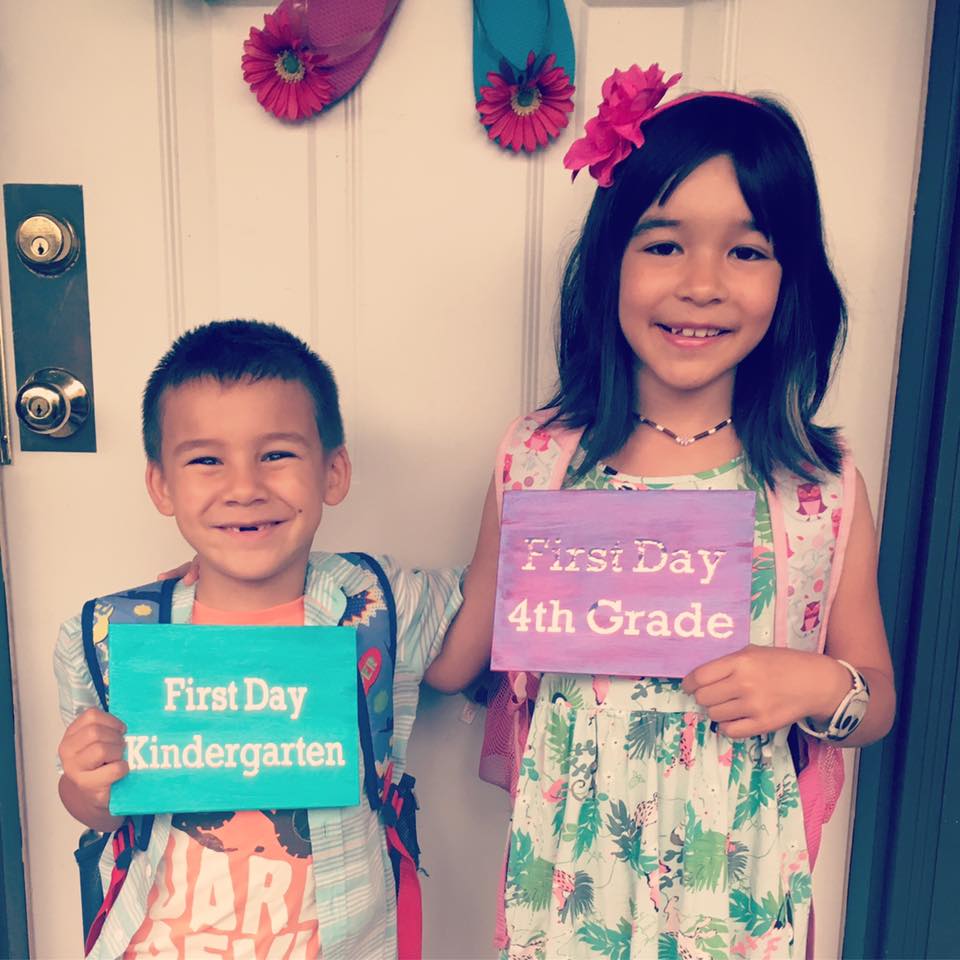 Each night he goes to bed excited about the next morning, and each morning we wake up to anxiety. He has fun in the classroom and he likes the teachers. He thanks them at the end of class and gives them a big hug, but the next morning it’s the same thing all over again.

This week each day he has a different kindergarten teacher and they are shuffling the kids around to get to know them all. Today’s teacher was great about letting me stay in the room and sit in the corner while he played. Throughout the hour he was there he looked up many times with a bit of panic in his eyes to make sure I was still there and when he saw I was he smiled and went back to playing. The whole time I sat there I felt guilty being in the class thinking that it was hard for the other kids that they didn’t get their parents in the classroom too.

Do any of you have any advice? I’d love to hear. The principal is telling me that I should just tear away the bandaid and leave him crying and screaming in the classroom. This morning though Turtle said to me “I don’t trust you when you say that you won’t leave.” I don’t feel like it will break the cycle… I think it might make each morning harder.

My gut is telling me that I should talk to the school and arrange to just be there for the next few days until he doesn’t need me anymore… but then the “your babying him”, “it’s not fair to the other kids”, “it could be disruptive”, “it’s not the way “we” usually do thing”, kicks in.

And then I flip flop and think maybe I should just get the principal to go into the room and hold him to keep him from running out of the room while I remove myself from the building.

Help me put some sense into these thoughts please!

UPDATE: After talking to a teacher at the school who I really trust, we are going to be ripping the bandaid off today. We had a long talk and I told Turtle that the teacher has told mommy that she’s not allowed to stay today and that I have to go home today no matter what. I told him that I will be there at the door waiting for him when his class is over and that the teacher told him that if he feels sad she will cuddle him on her lap. We used Shrinky Dinks to make kissing hands and a family photo that he is going to have on a lanyard around his neck. Wish us luck!

And now onto my August recap!

(The following links may contain affiliate links, that means that if you buy something I get a small percentage of the sale. I only share things I love.)

Those Girls by Chevy Stevens

A Little Life by Hanya Yanagihara

The Cricut Maker- This amazing machine arrived at my house mid August and I am so in love with it! My favorite thing about the Cricut Maker is that it has a rotary cutter that can be used to cut fabric. Cricut has paired up with Simplicity Patterns to create a ton of great sewing projects. This machine takes my least favorite part of sewing, cutting, out of my hands and leaves me with the fun parts– picking fabric and sewing! 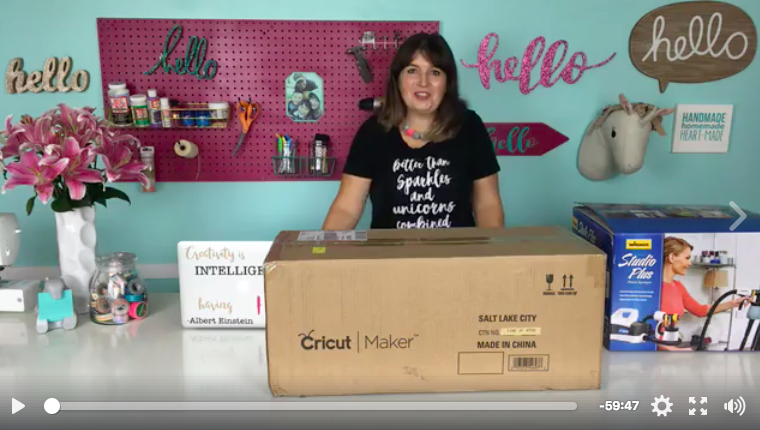 You can find my Facebook Live using my Cricut Maker for the first time here. 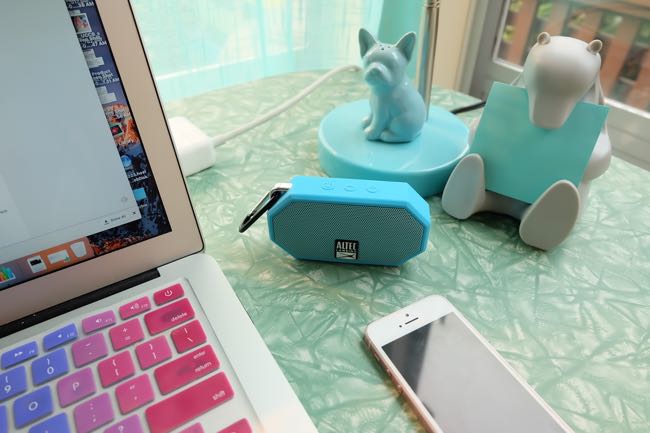 Altec Lansing Mini H2O speaker– This adorable speaker arrived for me this week and I LOVE it. First- it’s my favorite color– aqua so it looks great on my desk. Second- It’s tiny enough and stylish enough that it looks great on my desk. Third- It’s a bluetooth speaker that is waterproof and shockproof so it can go from my desk, to hanging on my backpack when we hike, to sitting on the picnic table when we camp!

When my kids have adjusted to back to school and I can have uninterupted work time and get back to the gym! 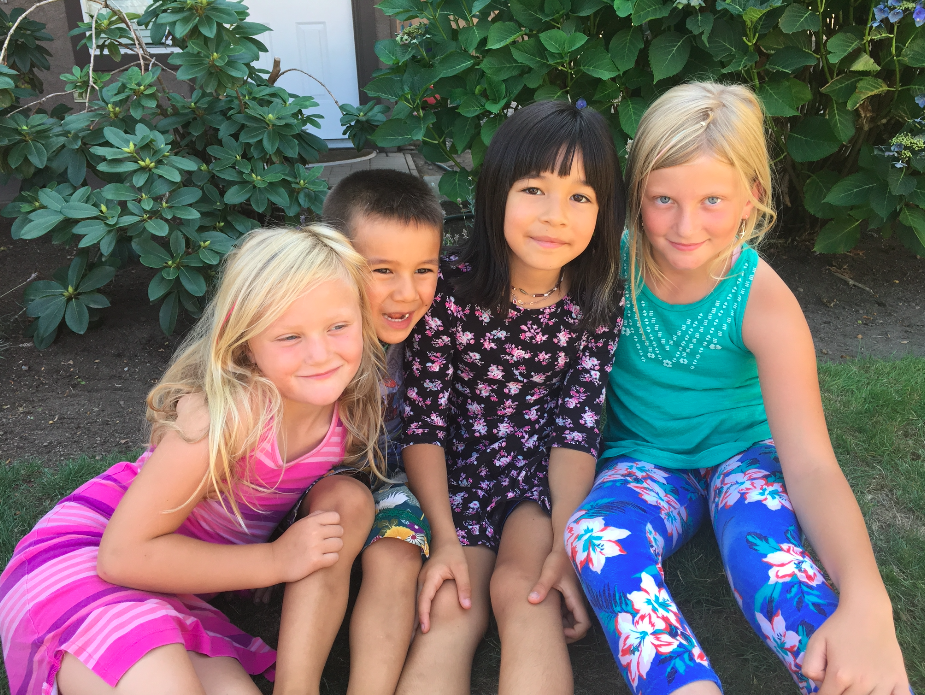 These 4 kids who I adore so much were reunited after spending 8 months apart. I got to hang out with their mom too who I was missing a ton and who it was great to catch up with. I wish we could have spent more time with them but… 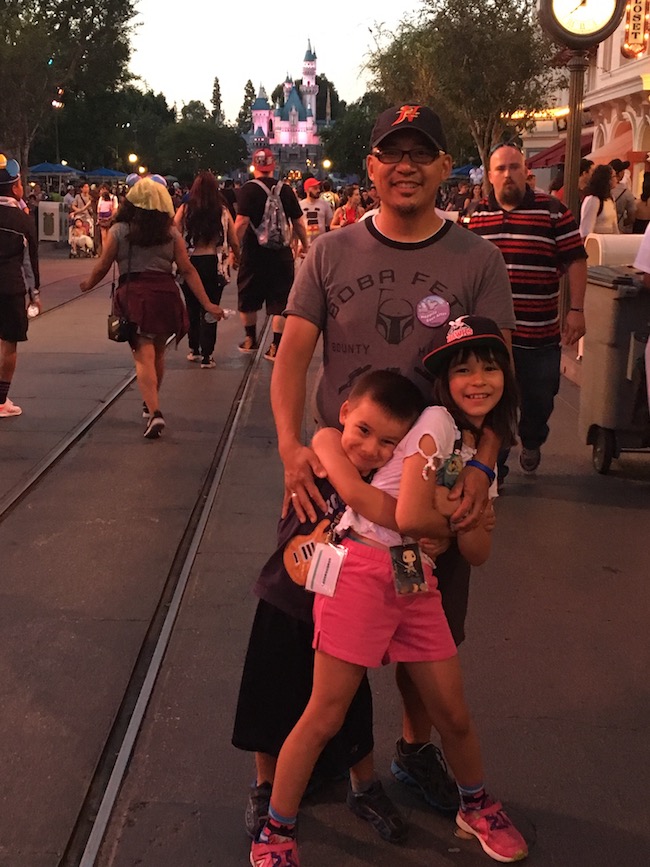 We had our big trip planned to the most magical place on earth– Disneyland! 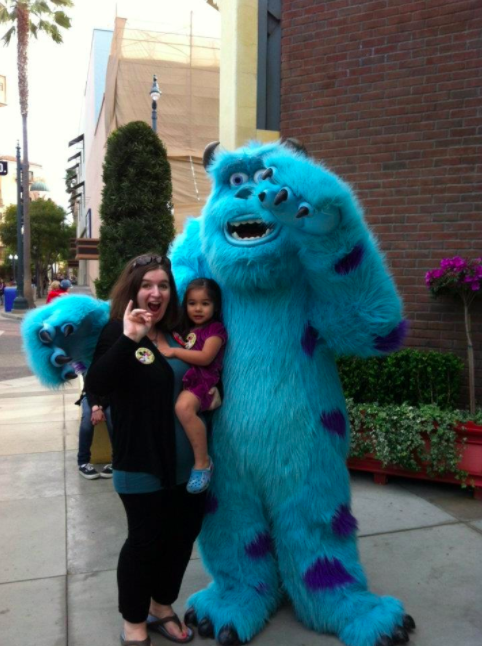 The last time we were in Disneyland Bean was 3 years old and I was pregnant with Turtle. We had a blast experiencing the parks with kids who were a bit older. 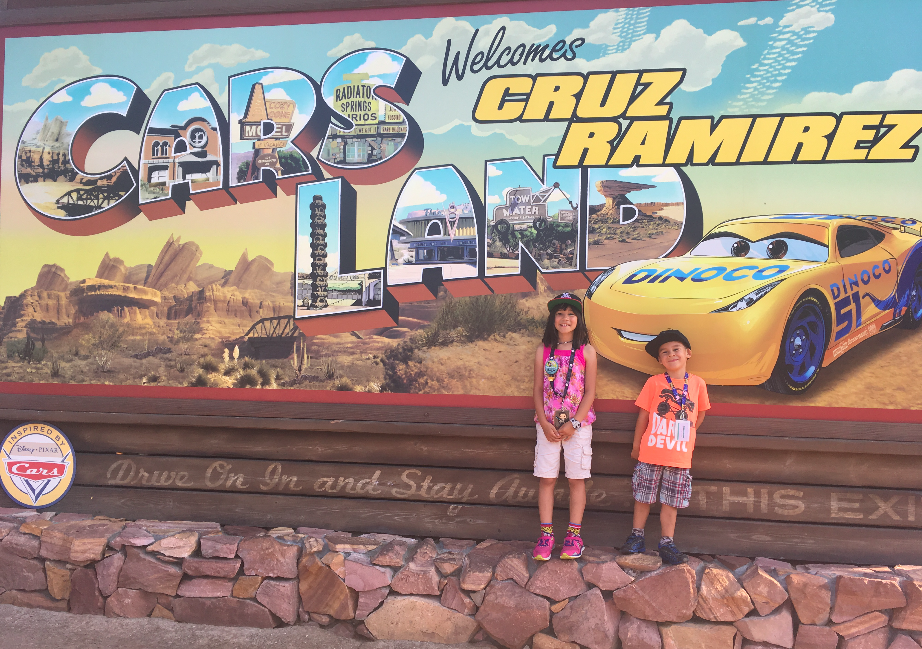 They had so much fun going on the “big kid rides”. Even though they love the Guardians of the Galaxy movies… they were not thrilled with the ride. They both agreed that it was much too scary for them. I couldn’t decide if I loved it or hated it! 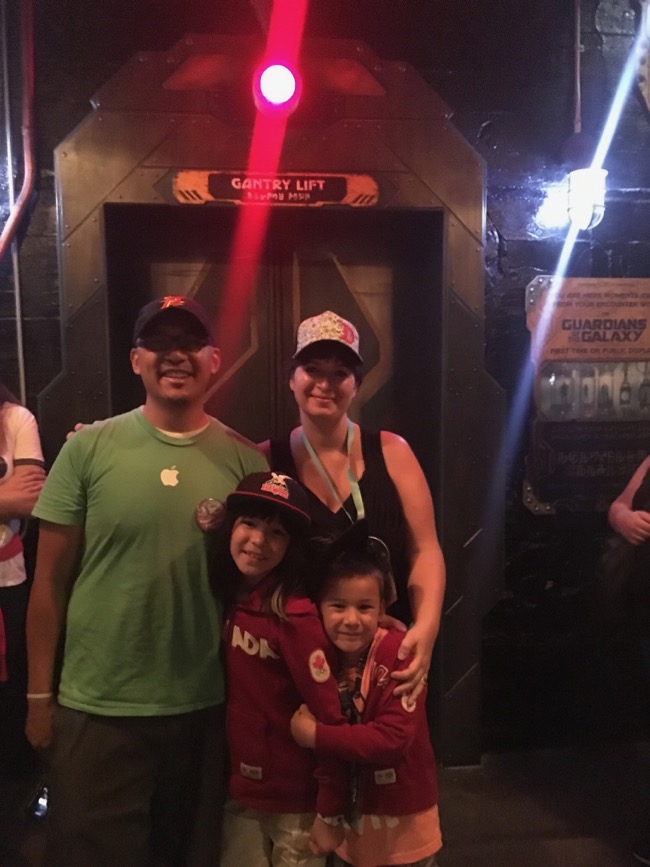 There favorite rides were Big Thunder Mountain Railroad and Grizzly River Run. One night we went on the Grizzly River Run 5 times in a row and shut down the park! I was so drenched by the end that I had to wring out my sundress and I left a big puddle of water behind. 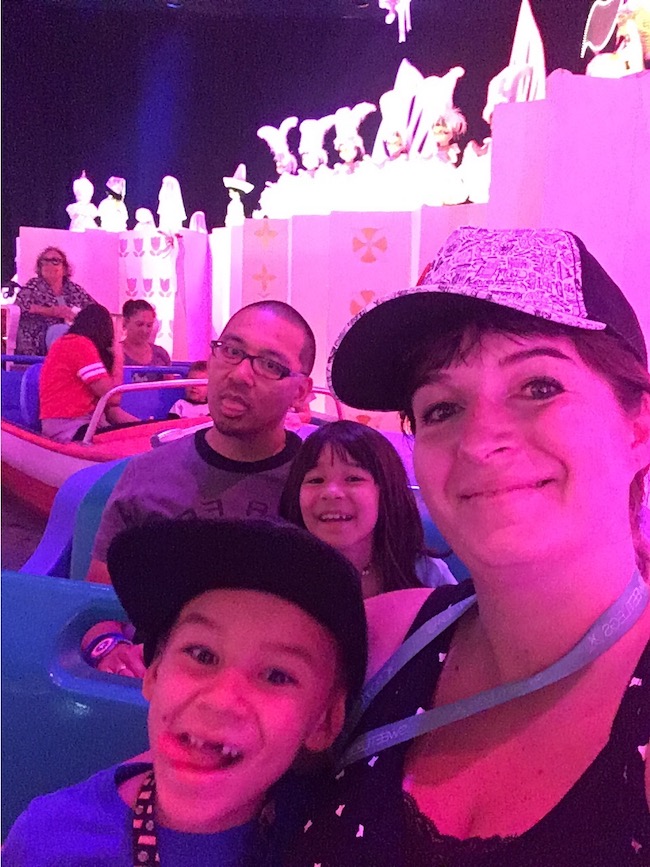 Even though we spent a lot of time on the faster rides, we still made time for the classics like It’s A Small World. Doesn’t The Hubs look thrilled? I think he was remembering going on it 6 times over 5 days during our last visit! 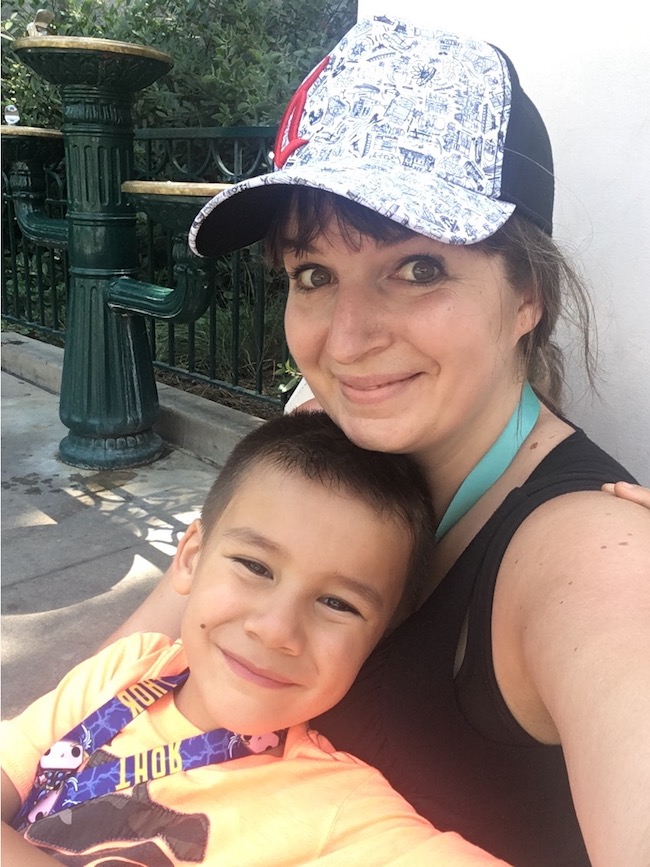 It was 100 degrees Fahrenheit while we were there which was super hot for our Pacific Northwest family, but we made sure to take lots of water with us and take plenty of snuggle breaks in the shade! 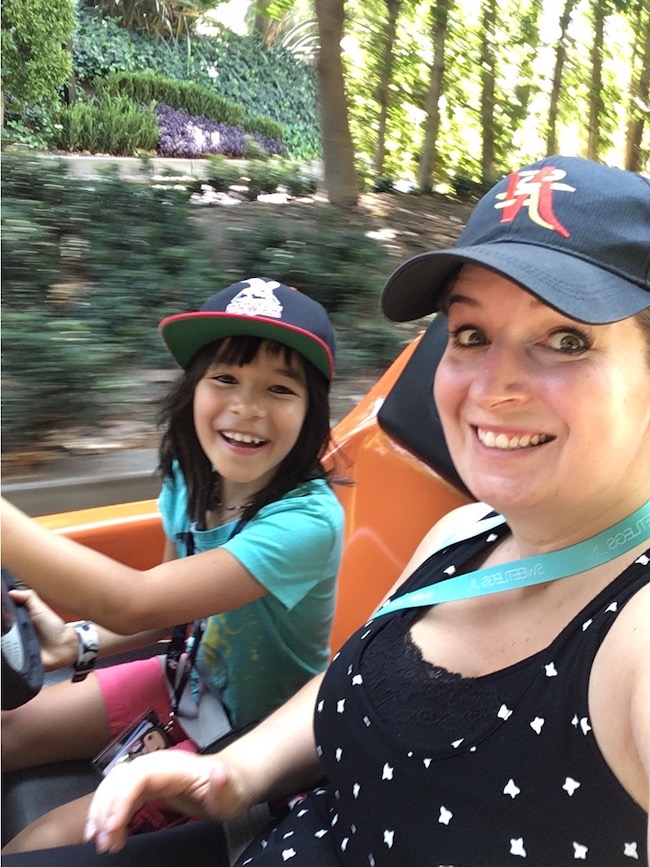 I also got a sneak peek into the future when I was there– Bean driving! Ahhhh! I’m scared. 7 years until this kiddo can get her license!

It was a great trip, but now it’s back to real life so…

Tell me… Any advice on what to do about my sensitive kindergarten kid? Are there any books that you’ve read recently that you think I would love? What podcasts do you all listen to? I’d love some recommendations!