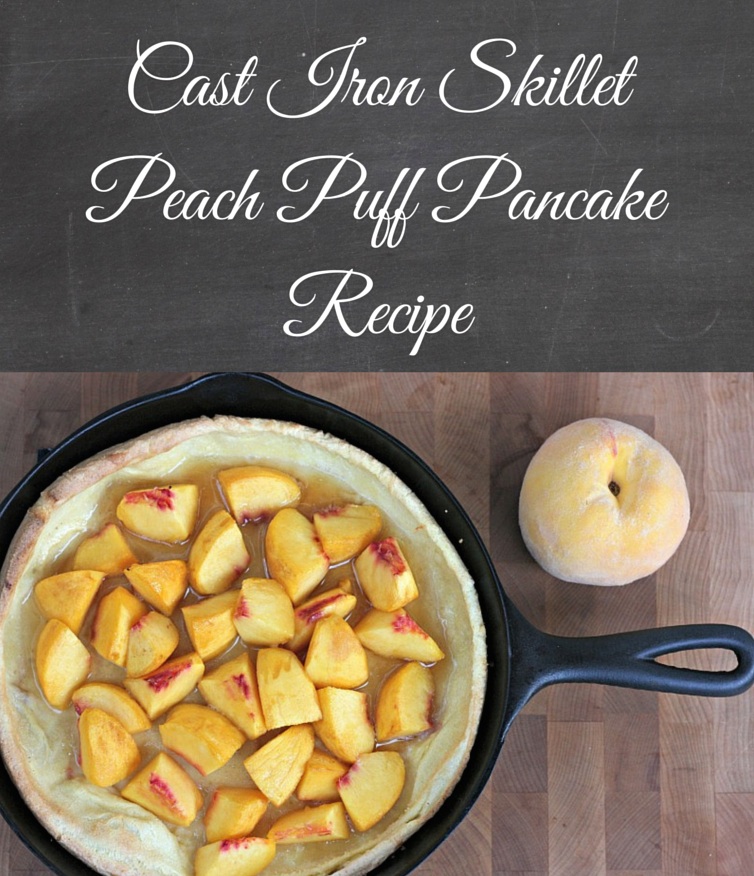 I love this time of year. Summer has always been my favorite time of the year, but as I’ve gotten older I’ve become a bit less tolerant of the heat. I love late summer and early fall because the weather is still beautiful, but the temperature seems to cool down a bit (bye bye noisy AC). Something else that I love about this time of the year is the wonderful produce that comes from the Okanagan. Specifically, the GORGEOUS peaches. My kiddos love peaches (I just canned 20 pounds of them to get us through the winter and spring) and at this time of the year we always have a big bowl of peaches on the counter.

Usually we just wash and slice them and eat them plain, occasionally we grill them on the BBQ and serve them hot and caramelized with a bit of french vanilla ice cream, but last weekend The Hubs told me that he wanted to try something new with them for breakfast, so I decided to experiment making a peach puff pancake.

The peaches in the recipe get warm and release their juices, mixing with the brown sugar to create a delicious syrup for the pancake. I hope you like it!

We hope that our cast iron skillet peach puff pancake recipe becomes a regular breakfast treat in your house. 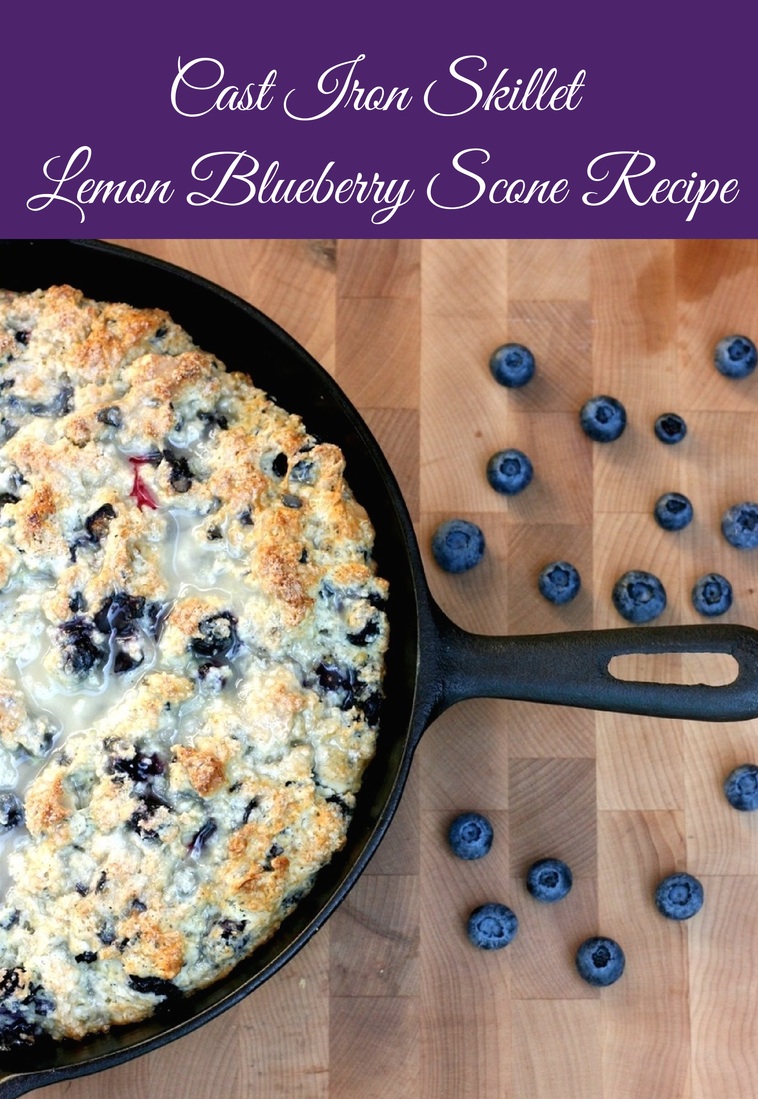 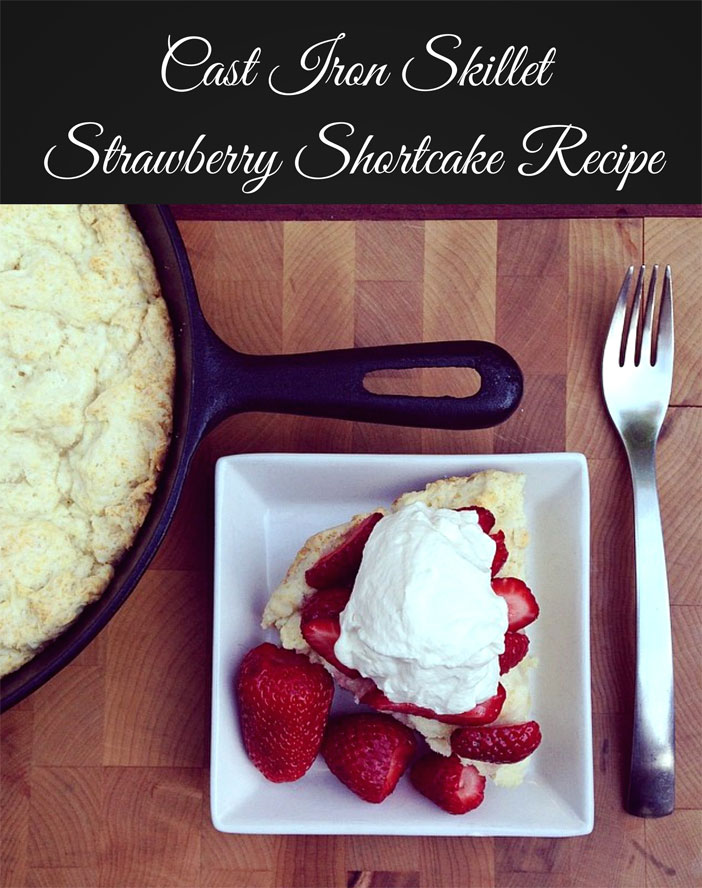 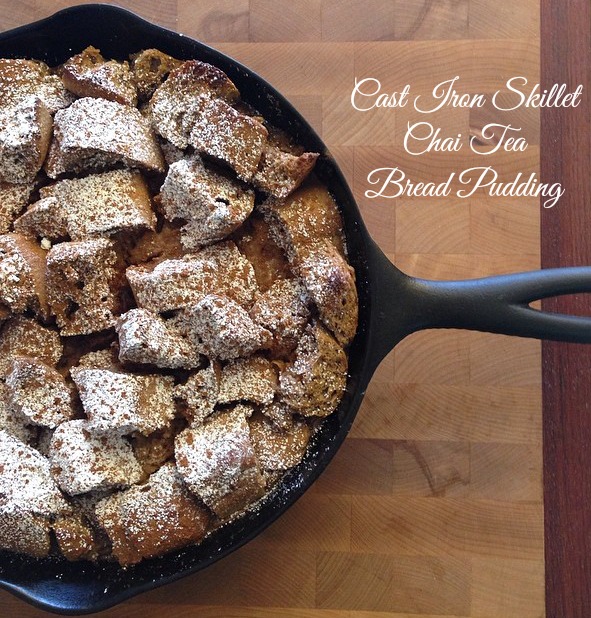 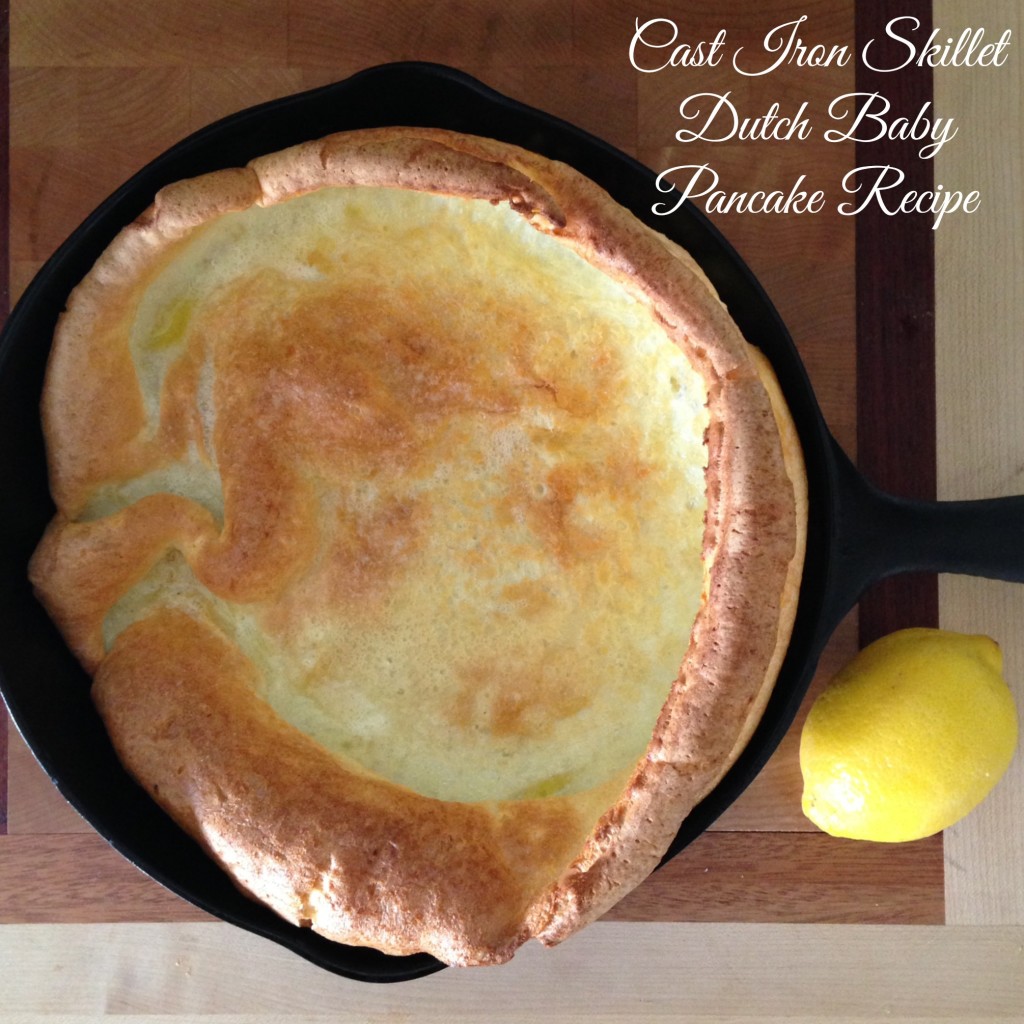 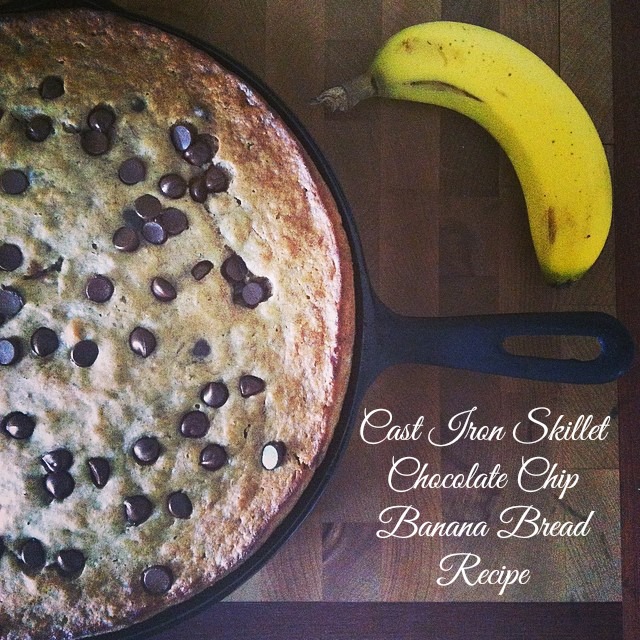 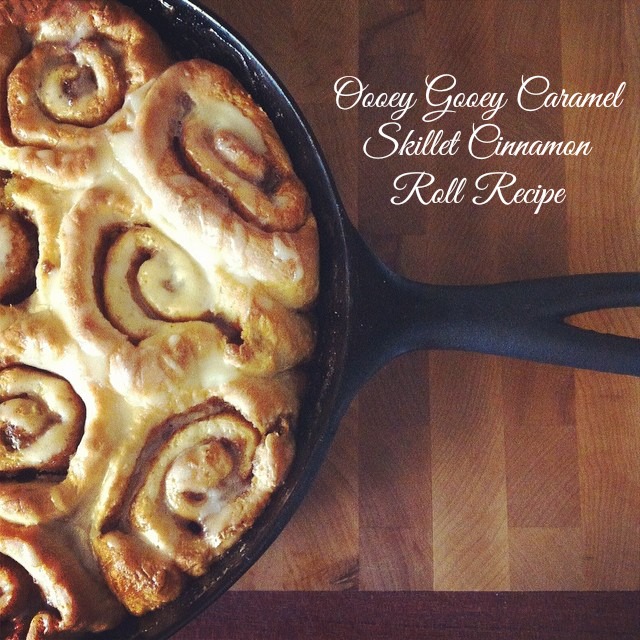 Like what you see on Sew Creative? Pinning our recipes and craft projects, following us on Pinterest,Twitter, Facebook and subscribing (in the box in the side bar towards the top in the right hand column) mean a lot to us.

Tell me… Do you have a cast iron frying pan? Do you use it? What cast iron skillet baking recipe would you like for us to explore next?